Create a company in Costa Rica and not die trying 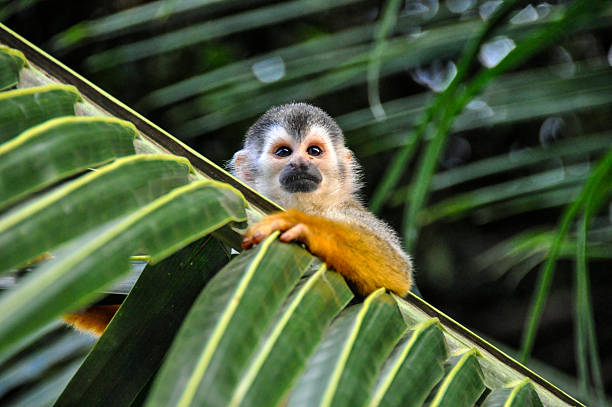 This article is not intended to be objective in any way. It is an article that I have decided to write, based on the questions that people interested in investing in Costa Rica have asked me, or failing that, they want to know the process we have gone through, in order to get our project operational. I insist, it is only my point of view, a point of view that anyone who reads this article should contrast with other foreigners in the country, and who have decided to start a business in Costa Rica.

It is evident that depending on the type of company you want to create, you will have more or less difficulties. If you are European and you are used to the maelstrom of work in your country…. Be patient !!! Things don't work the same here. The bureaucracy to manage the opening of a business is slow and tedious, not to say desperate in some cases, but it is a matter of insisting and in the end you will surely succeed.

It is interesting that you familiarize yourself with some terms that we use differently, for example:

I'm going to help you…, it means that they are going to charge you, and if you are European, possibly in a high percentage, the aid costs you a kidney. So don't let anyone help you without comparing it to "other helps".

Right now I come…. or am I coming…. Don't believe it, I think a Swiss would commit suicide. Hours or days may pass or no one appears and they don't even warn you…. The response time is totally different, in some cases it even disappears.

Everything I write, despite the fact that many people who read it do not agree, are lived events, no one has told me, we have lived them. Well, they are also told to me by other foreign investors who have gone through similar processes in other sectors.

Another of the difficulties that you find is the lack of competition, for example:

Banks: Here it is at Banco Nacional de Costa Rica (BNCR), Banco de Costa Rica (BCR) and then you have someone else like BAC. The first two are national. When I used the word desperate at the beginning of the article, this is where we can use it: DESPERATE. You can enter the bank at 10 in the morning and leave at 3 in the afternoon…. And well, do you think …… it will be a matter of doing everything online…. Hehehehe. To carry out online operations, in 90% of cases they have to send you a code to your mobile (like almost all banks), which expires after 10 minutes…. The problem is that the code, if you receive it, is always out of time… whatever you like or not, you end up in the bank….

The other day, a minister was speaking about digital nomads, they said that Costa Rica was an ideal country for this type of profile…. It will be in a parallel world, because in this one I assure you not, unless you want to live in San José. If you are used to having 600 megabytes, or even 300 ... forget it. It is another case of lack of competition, here there are only two companies, one national and one private…. They work just as bad. From the moment you request internet until they install it, months may pass, and it depends where you stay, pray that you get 3 megabytes and discontinuously…. welcome digital nomads, don't be fooled.

Another example closer to any type of company. More than three weeks ago, we asked for some corporate t-shirts: they told us that they would be in a week, it has been more than three and they still do not have them. If you were in your country, you would change your provider. Here there is only one in the area that I am…. And so with most of the slightly technical tools that you have to use, such as spare parts…, even forget about many things you may need… there aren't any, bring them from your country.

In our case, we opted to create an Autogyro Flight Tours company, the issue becomes much more complicated: For this you have to obtain an operational certificate (CO) for commercial flights in Ultralight. How do you get it? You have to request a meeting with Civil Aviation where they explain the process to follow, which basically consists of 5 phases.

Phase I: Explanatory meeting of how the process will work and what you have to do

Phase II: Preparation of all the Manuals of your future company in order to develop your project. In this phase, several experts appeared to us out of nowhere who helped us in exchange for about $ 10,000 with the manuals, plus undefined expenses for meetings…. We decided to make them ourselves. During this phase, you have to present the finished manuals to Civil Aviation (DGAC).

Phase III: This is when the DGAC, after looking over the documentation, accepts it from you after payment of $ 6,000. Later they study it in detail and send you the incidents that you must solve…. We got more than 40, which means more months of work to develop regulations etc ...

Phase IV: Once phase III has been approved, phase IV begins, which consists of an Inspection of your base of operations. In fact, you cannot go from Phase II if you do not have it, since, in your operations manuals, they have to be reflected. In your base of operations, you must have offices, a workshop adapting to your aircraft, services, and of course a flight field previously legalized by the DGAC. In the Phase IV inspection, you also have to carry out demonstrations of your know-how at the piloting and mechanical level if you are going to carry out your own maintenance ... I assume that you understand, that you already have your aircraft in the country, and for now you can't even fly them until the process is finished. By the way, the import is a separate issue, full of bureaucracy and nonsense that I leave for another article. I just tell you that in our case they were held for more than two months in customs in Costa Rica and when we recovered them they were with some damage caused. I leave the reason for the interpretation of the reader….

Phase V: Hopefully, once phase IV is over, the DGAC requests the CETAC (Civil Aviation Technical Council), which is parallel to the General Directorate of Civil Aviation, to approve the file and issue the long-awaited CO. It can be a couple of months.

From here you can start working, always under strict control by the DGAC with the inspections that are scheduled at least.