Why choose an Autogyro or Gyrocopter to fly? 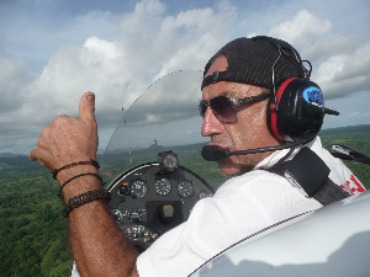 Hello everyone, I would like to explain why I decided, many years ago to fly in this incredible machine. When you decide to fly, you are always looking for an aircraft that allows you to enjoy the thrills of flight and that provides you with the highest levels of safety. It is from here when you analyze the different options that human beings have at their disposal to develop this activity.

My start was with fixed wing aircraft, which is what everyone knows. An airplane with wings, either high or low wings. These aircraft fly up to a certain speed, and below it, they run out of control, stop flying and fall, known as stalling. Arriving in this situation, a series of procedures must be followed to recover the loss and regain control of the plane.

In a helicopter this does not happen, since the blades, which act as wings, allow it to be static, without falling, regardless of the speed of the aircraft's translation. The rotor always maintains enough speed to keep you in flight.

What is the problem? That the rotor of the helicopter is moved by the engine. If the engine fails, it loses its lift and will begin to fall. Faced with this situation, the pilot has to perform a series of maneuvers called “auto-rotation entry”, in order to ensure that the aircraft's blades keep turning due to the wind, while descending at a certain speed towards the ground and making a landing. of emergency. In addition, the helicopter is a very complex machine with many parts, and you know, simple things fail less.

As we have commented in other articles, the autogyro or gyrocopter is a mixture of both. Its upper blades are shaped like the wings of an airplane and powered by an independent motor, they rotate on their own due to the relative wind, which is known as autorotation.

In the autogyro or gyrocopter, there is no mechanical connection of any kind between the upper blades and the motor. You could say that it is like a windmill. In the event that the engine fails, the aircraft will continue flying without the pilot having to do any maneuvering, only looking for a place to land and nothing else. This aircraft does not stall, remember, it is not an airplane, and not a helicopter, it is a mixture of both. On the other hand, we need to run a few meters down the runway to take off, and we land in very few meters, almost like the helicopter. We remind you that if you want to know more about autogyro maneuvers, we recommend this link . See you in the next post.