What is an Autogyro or Gyrocopter 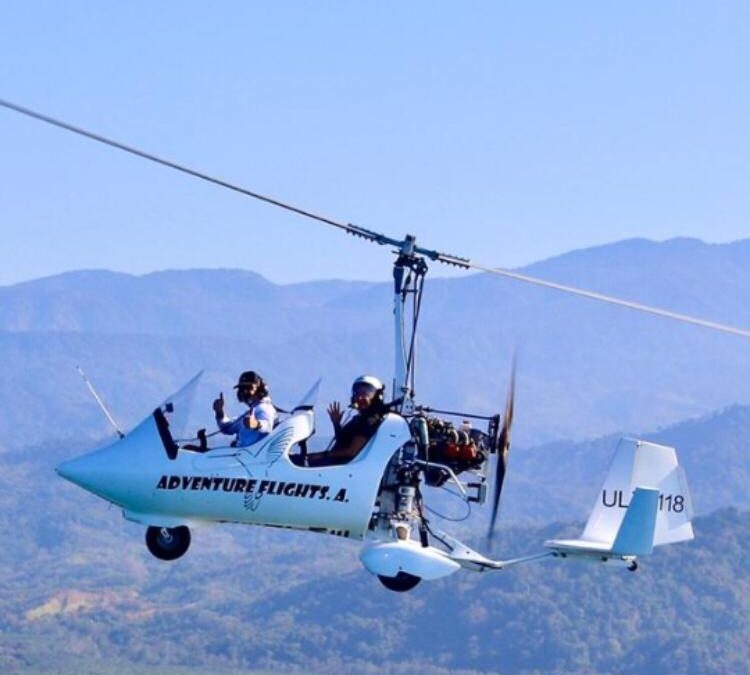 The Autogyro or Girocopter is a rotary wing aircraft, it flies like an airplane but its wing is a rotor. The rotor rotates by the action of the relative wind that passes through it from the bottom up. It can be considered a hybrid between a plane and a helicopter, like a plane, its propulsion is carried out by means of a propeller, but the wings are the rotor blades. Unlike the helicopter, this rotor is not connected to the engine of the aircraft, so it rotates freely propelled by the air, thus generating the lift force. In the case of the helicopter, on the other hand, the propulsion and lift are produced in the rotor, which is powered by the engine.

Explanatory video from our base in Costa Rica

The autogyro was the invention of the Spanish engineer Juan de la Cierva i Codorniu, who developed the articulated rotor, which would later be used by helicopters.

Nowadays the evolution of the Autogyro or Gyrocopter, allows not only recreational flights, but also agricultural work , which favors access to some complicated areas until now, thanks to its maneuverability, stability and the great advantage of being an aircraft that does not enter at loss. Even so, every autogyro pilot should know certain limitations, which we explain in our gift ebook .

If you want to know the most advanced models in the gyrocopters market, we leave you this link